A while ago I offered to make some fondant decorations for a friend to put on her daughters’ birthday cake. There were only two days to go until her party so I said nothing too big that would take a long time to make and dry. Her first thoughts were athletics and gymnastics, which scared me when I imagined making little people in a rush. But then she told me her daughter also loved jungle animals, so we went with that theme – much easier to make animals than people!

I had a look around pinterest and decided on some very cute three dimensional animal faces and some leaves. I also made leopard print letters to spell out the birthday girls name. For the animal print I found some great instructions at taste.com. They also did zebra and giraffe print. I guess the only problem with this technique is the waste factor, because if you roll out the fondant a second time all the colours mix together to make a yucky brown goo! 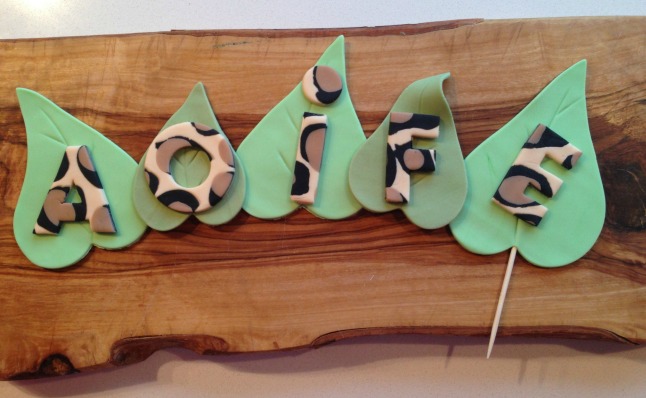 The animals looked great on the cake, and were a big hit with the kids. Each child got to take one home in their lolly bag! 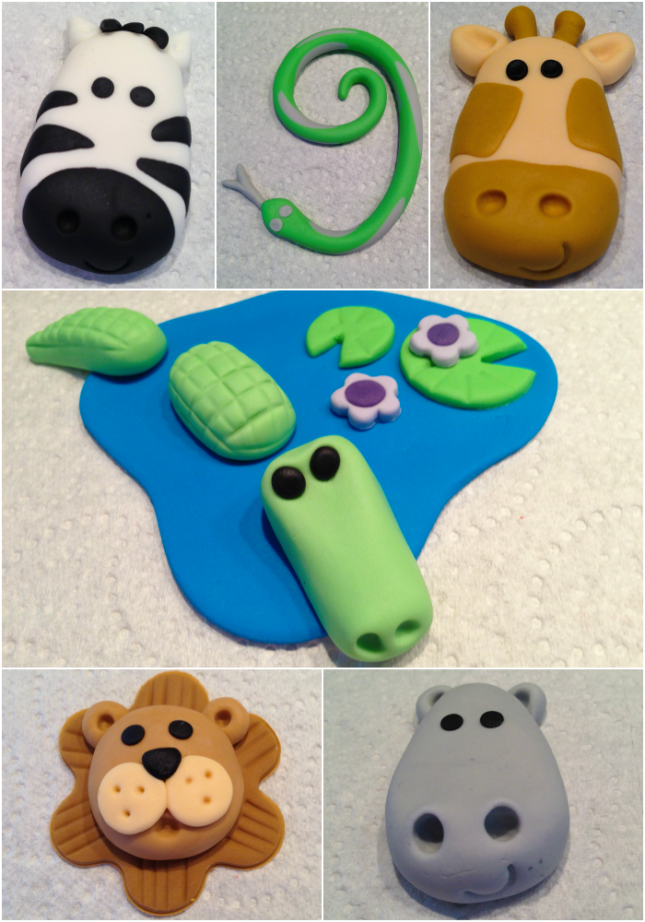 Below are some basic pictorials on how to make a few of the animals. It’s my first attempt so I apologise if they’re difficult to follow! 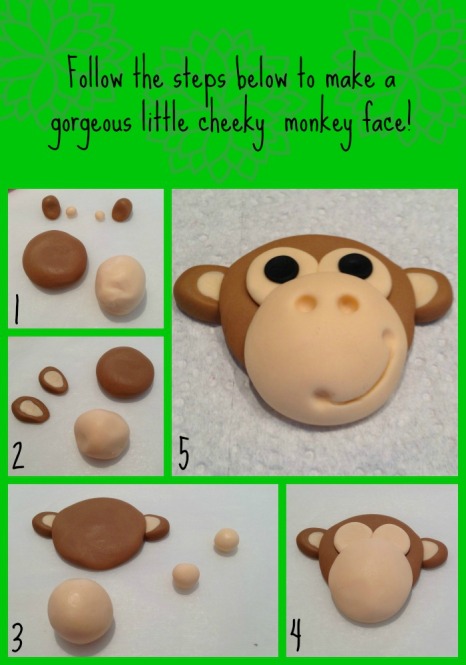 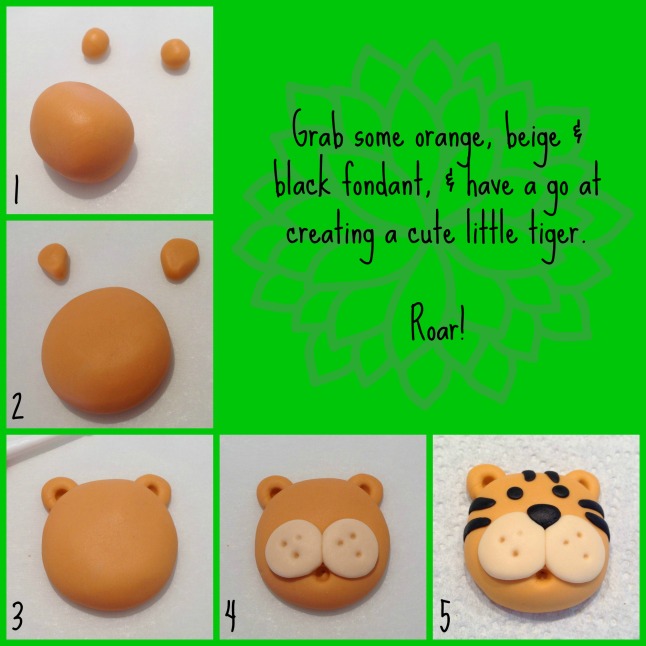 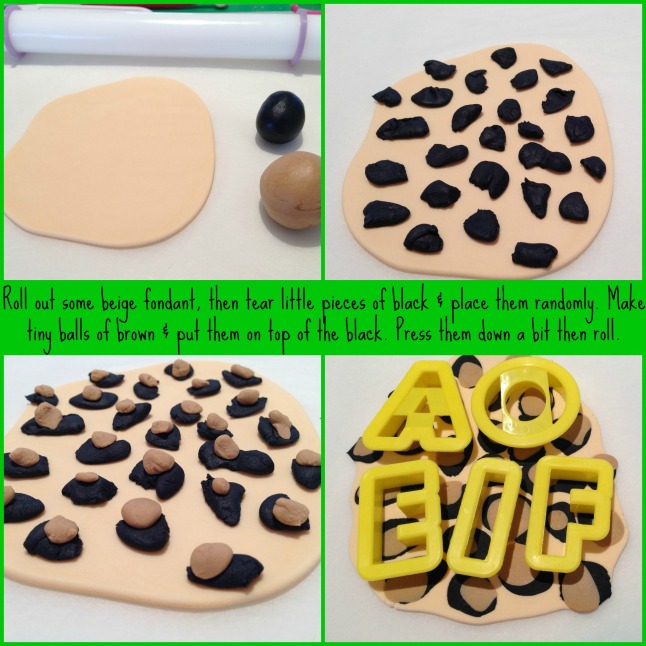 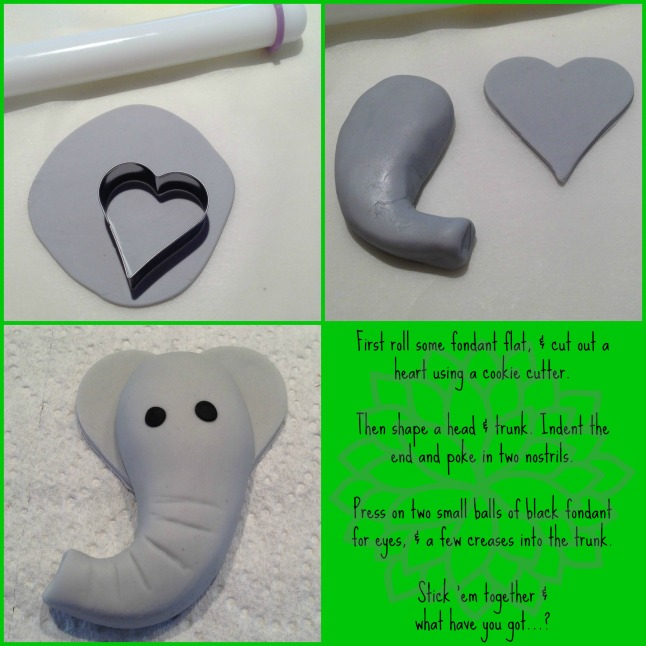 So why not not have a go at making some of these for your childs’ next birthday? They’re easy, and fun to make. You could even let your kids try to make some. I didn’t do a step by step for all of the animals, but I’m happy to if anyone needs more help. Go on, give it a go! 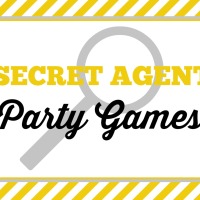 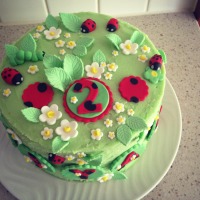 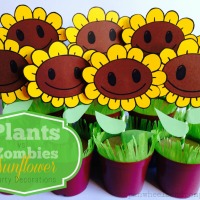 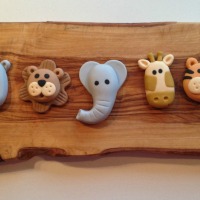