Today it’s time to show you the decorations we put up around the house to set the mood for our Secret Agent party. The colour scheme  was yellow with some black and white. We decorated the front door,  the tables in the hall, and around the living room. Here are some photos from the day…

On the front door I put up some balloons and caution tape, and attached a sign telling the guests they’d arrived at the Dunbar Spy Kids Academy!

Just inside the door I had ‘Agent Sign in’ where we took their photos and got the kids to put a fingerprint on the back of what would become their ID card. They also got a notepad and pencil to write in for some of the missions. Under the hall table we had a couple of tubs of clothes, hats, scarves etc to be used later on in the disguise relay race.

I made some tissue paper pom poms to hang above the dining table. These were in two shades of yellow, black, and a silvery grey. I made them different sizes and hung them at different heights. I might need to rethink the twine tied between the lights next time though – not such a great look!!

On the side board that I set up for the dessert I used some plastic table cloths as back drops, which seemed like a good idea at the time. They were nice and cheap but they had some serious fold marks in them. Pity you can’t iron plastic! 😉 Not to worry – the kids had better things to think about than my slightly dodgy decorations! Next time though I might see if I can stretch the budget to some fabric for a backdrop.

The dinner table was covered with (another plastic!) yellow cloth and a black runner. I set a place for each child with their cutlery wrapped in a spotty napkin. The middle of the table looks a bit empty though. I think next time I’ll make a cute centrepiece. 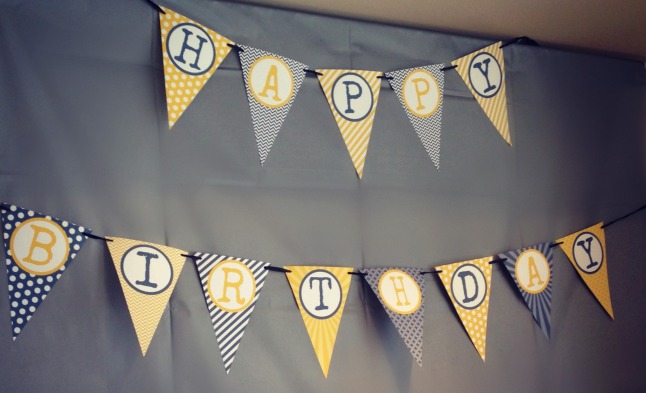 Above the dessert table I hung a banner with my daughters name and Happy Birthday on it, cut into triangles and strung up with black ribbon. Below the desserts I had a go at making a crepe paper tassel garland. 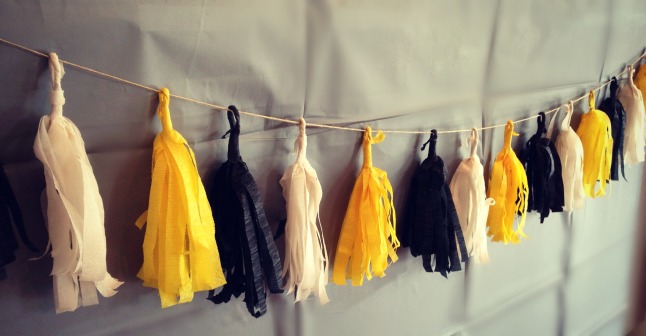 At the bottom of the stairs I put up some more balloons and draped streamers as a back drop for when the kids were mucking around with the photo booth stuff. 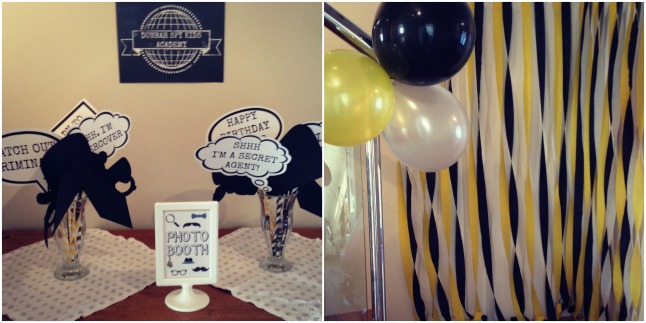 Now on to the party favours! I wracked my brain to come up with something spy related that was also a reasonable price, as I had to buy one for each guest, plus my own kids who hate to miss out! Hats and glasses would have broken the bank, but I found some large magnifying glasses at The Reject Shop (such a classy name for a shop, isn’t it!) for only $2 each. 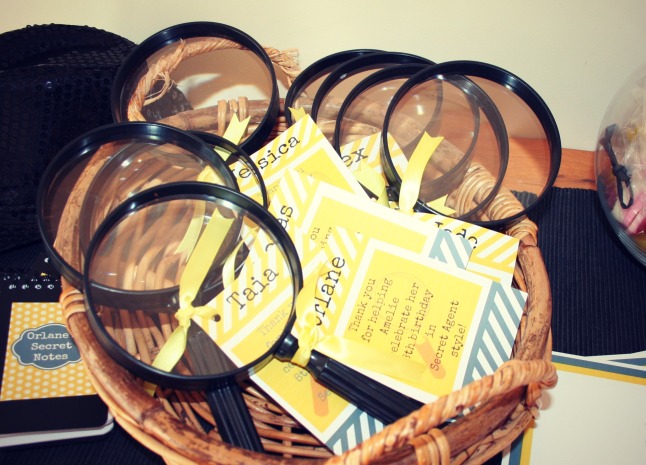 I made some thank you tags for each of the guests and attached them to the magnifying glasses with yellow ribbon. The kids all grabbed a little paper bag and filled it with a bag of lollies, bag of crisps and a few other goodies. And of course they got to take home their graduation certificates and ID cards! 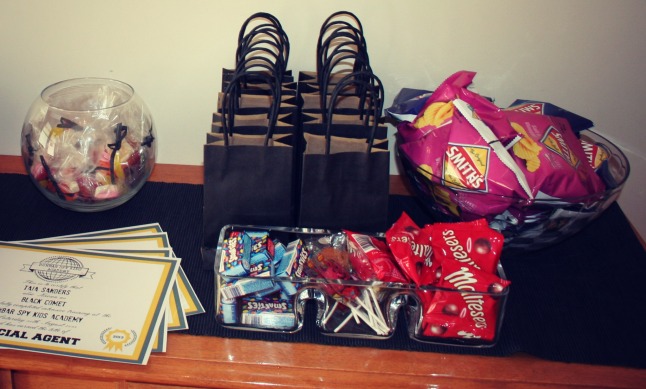 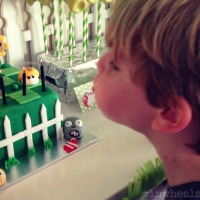